Review: Eagles Over Bavaria & Duel Of The Princes 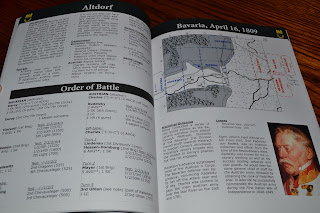 A while back I announced the upcoming release of two new scenario books from the talented historical researcher Michael Hopper. Having played many scenarios that he has written, I knew these books would be accurate and detailed to the level any fan would demand. Having now purchased and reviewed them, I can say they do not disappoint. 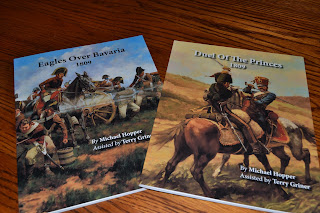 The old saying of not judging a book by its cover may be true, but in this situation the cover artwork is beautiful. Keith Rocco's works were used and offer a unique and meaningful presentation for these book covers. Classic paintings could have been used and might have well sufficed, but Michael Hopper chose to not cut any corners in this area. The glossy and eye catching cover was a great choice. 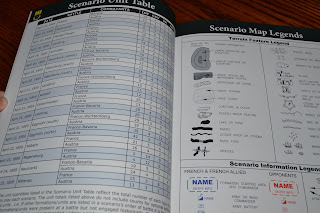 The beginning of the scenario book has some map keys and unit totals for the historical scenarios. These battles are quite manageable for 2-4 players with average sized collections. Larger battles like Eggmuhl, has a northern and southern scenario for fighting a portion of the battle. Abensburg has northern, center and southern scenarios for those portions of the battle. For rule sets like Lasalle where the general idea is that you're fighting a portion of a larger battle, this fits nicely. For Shako players, playing a large battle may be possible but be limited not by the rules, but by the game space available or number of players. 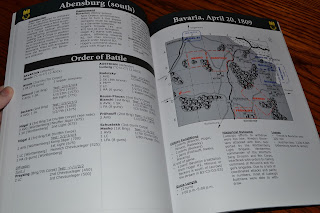 Of the two, Eagles Over Bavaria was the book I was looking forward to more so. Since I have a good number of Bavarian troops that sort of sit around in reserve status, it is nice to have some scenarios for me to structure an Austrian army around. Altdorf is one of those smaller battles that would be easier for player to recreate and offer some challenges for maneuvering. This particular scenario is one that I will work to get Austrians to be able to refight. 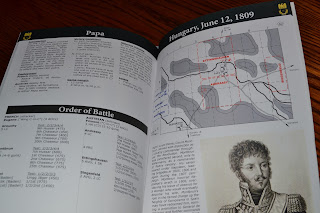 Duel Of The Princes has the same easy to follow lay out and scenario details. One detail that players may pick up on that weren't always available with other scenario books is that details of unit strength and artillery battery compositions. A 6lb gun might be rated differently depending on which rule set you're using. Knowing if a French foot battery was composed of 6lb or 8lb guns might impact whether the guns are deemed light or medium. Those details matter and Michael Hopper delivers. The morale and training ratings are listed for units in the order of battle. Different rule sets approach this information with varying levels of consideration, but having it will let you decide how to apply it. 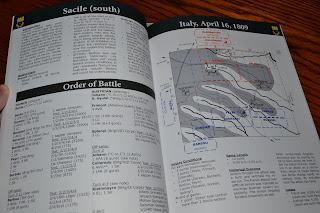