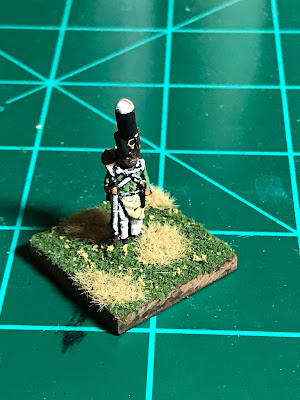 A short post about a conversion I put together recently. Finding Russian sappers in 15mm scale for the more common armies isn't a problem. I was unable to find a suitable sapper outside of a possible Capitan/War Modelling figure. Not finding a picture of what I might be getting from that shifting company, I declined to experiment with my money. So I needed something to work with as a base for a conversion. 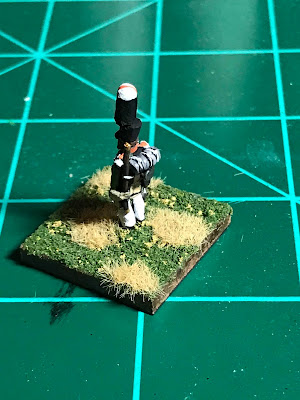 Does a pre 1809 Russian sapper take on the appearance of a grenadier? Unable to find anything written about their uniforms, I decided that the Russians probably imitated other armies in having sappers with grenadier hats. A French sapper seemed like a possible good start, but I settled with using the British AB sapper. Removing the little tuft, I then carefully fitted a Russian grenadier plume in place along with a small amount of green stuff to smooth it out. Primed and painted, it is now a part of my Russian Lasalle army.

Does anyone have a similar dilemma with figures that have to be converted to fill in a gap?